Samia Suluhu Hassan, 61, a soft-spoken Muslim woman from the island of Zanzibar, will finish Magufuli’s second five-year term, set to run until 2025.

Tanzania’s Samia Suluhu Hassan was on Friday sworn in as the country’s first female president after the sudden death of John Magufuli from an illness shrouded in mystery.

Hassan, 61, a soft-spoken Muslim woman from the island of Zanzibar, will finish Magufuli’s second five-year term, set to run until 2025.

Wearing a bright red headscarf, Hassan was sworn in as the country’s sixth president, at a ceremony in Dar es Salaam, where neither she nor the majority of attendees wore a mask, in the Covid-sceptic nation. 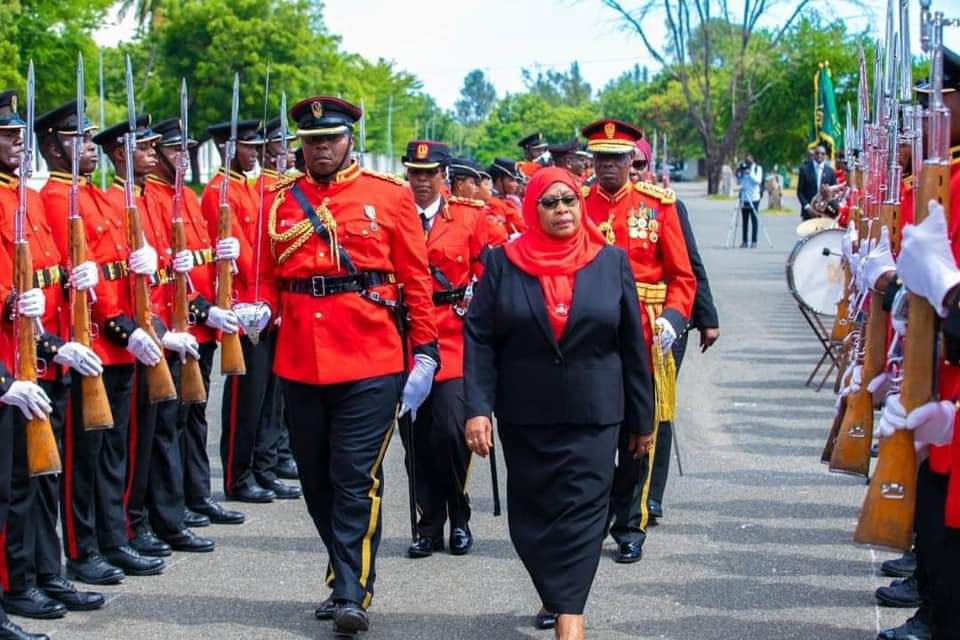 “I, Samia Suluhu Hassan, promise to be honest and obey and protect the constitution of Tanzania,” said the new president, as she took the oath of office before inspecting troops at a military parade and receiving a cannon salute.

She becomes the only other current serving female head of state in Africa alongside Ethiopia’s President Sahle-Work Zewde, whose role is mainly ceremonial.

Hassan was little known outside Tanzania until she appeared on state television on Wednesday night to announce that Magufuli had died aged 61 from a heart condition after a mysterious three -eek absence from public view.

But questions have been raised over the true cause of his death, after multiple rumours that Magufuli — one of the world’s most fervent Covid-sceptic leaders — had caught the virus and had sought treatment abroad.

Main opposition leader Tundu Lissu insists his sources said Magufuli had Covid-19 and had actually died a week ago. 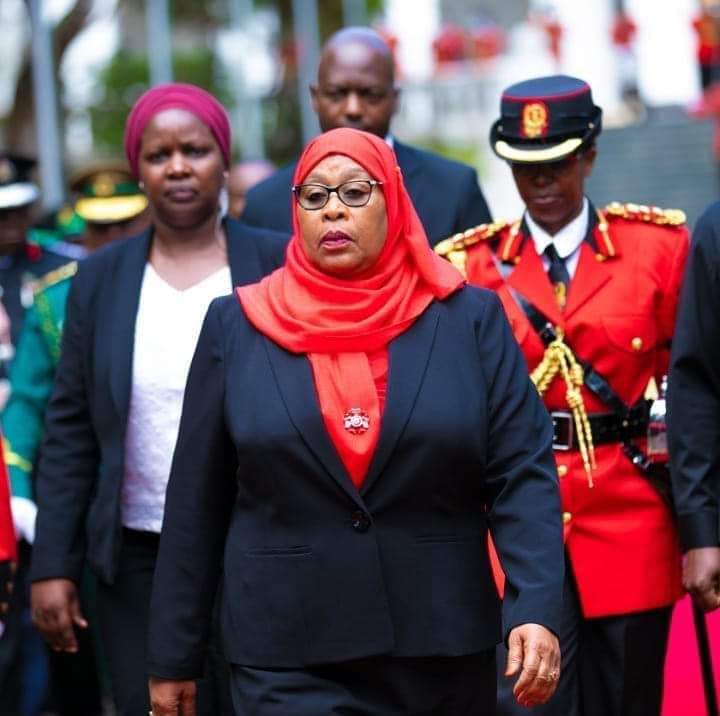 And Kenya’s Daily Nation newspaper, which last week reported an “African leader”, in clear reference to Magufuli, was in a Nairobi hospital, on Friday gave more details of his illness, also indicating Magufuli had in fact died last week.

Citing sources, the paper said Magufuli was discharged from Nairobi Hospital on life support after it was determined he could not be resuscitated, and returned to Dar es Salaam where he died last Thursday.

The paper details his initial evacuation to Nairobi on March 8 in a medical plane, as he suffered “acute cardiac and respiratory illnesses.”

The main question hanging over the new president is whether she will usher in a change in leadership style from her predecessor, nicknamed the “Bulldozer”, notably in the handling of the pandemic. 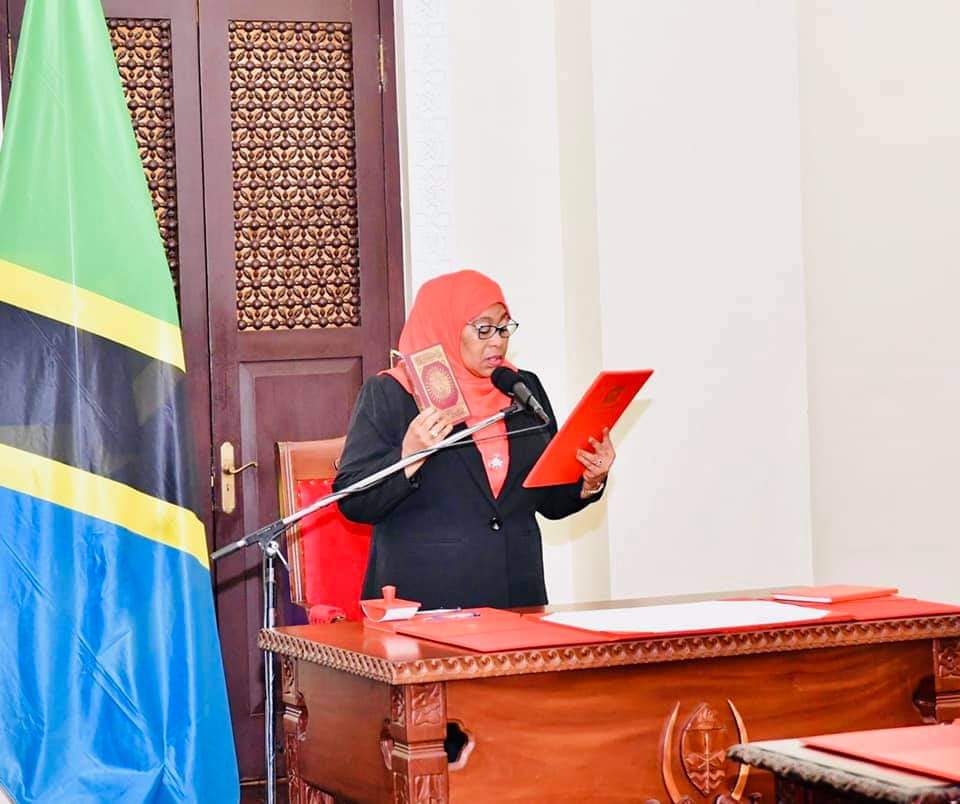 Magufuli leaves behind a complex legacy, after a swing to authoritarianism which saw him crack down on the media, activists and free speech, while refusing to take any measures against Covid-19.

He called for prayer instead of face masks, refused to publish case statistics or implement lockdown measures, and championed alternative medicines.

In May last year he revealed a papaya, quail and goat had tested positive for the virus in a secret operation, proving “sabotage” at the national laboratory.

However by February, as cases soared and the vice president of semi-autonomous Zanzibar was revealed to have died from Covid-19, Magufuli conceded the virus was still circulating.

The opposition and rights groups have urged Hassan to change course.

“As we continue mourning, let us use this period to open up a new chapter for rebuilding national unity and respect to freedom, justice, rule of law, democracy and people-centred development,” said Freeman Mbowe, the chairman of opposition group Chadema, in a statement Thursday.

He urged Hassan to “lead the nation toward reconciliation”.

Meanwhile Human Rights Watch said in a statement that the new government “has a chance for a fresh start by ending problematic past practices.” 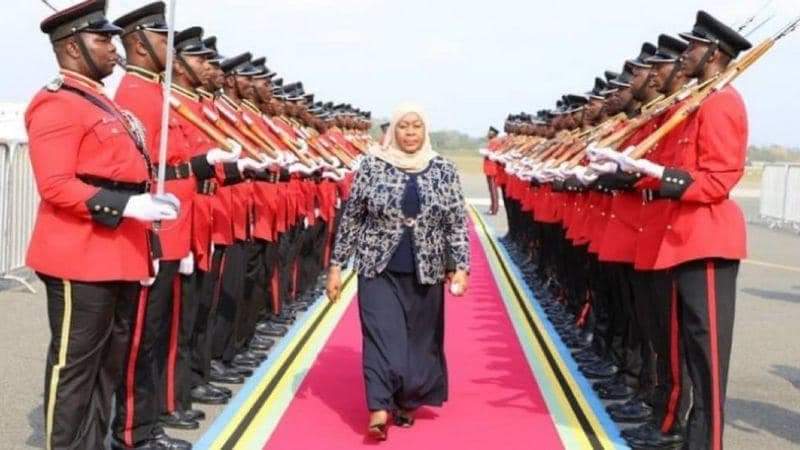 However analysts say Hassan will face early pressure from powerful Magufuli allies within the party, who dominate intelligence and other critical aspects of government, and would try and steer her decisions and agenda.

“For those who were kind of expecting a breakaway from the Magufuli way of things I would say hold your breath at the moment,” said Thabit Jacob, a researcher at the Roskilde University in Denmark and expert on Tanzania.

Hailing from Zanzibar, the semi-autonomous island in the Indian Ocean, Hassan rose through the ranks over a 20-year political career from local government to the national assembly.

A ruling party stalwart, she was named Magufuli’s running mate in the 2015 presidential campaign. The pair were re-elected in October last year in a disputed poll marred by allegations of irregularities.

Hassan must consult the ruling Chama Cha Mapinduzi (CCM) about appointing a new vice president. The party is set to hold a special meeting of its central committee on Saturday.

Tanzania is observing a 14-day mourning period and details on Magufuli’s funeral have yet to be announced.

Magufuli is the second East African leader to die under mysterious circumstances.