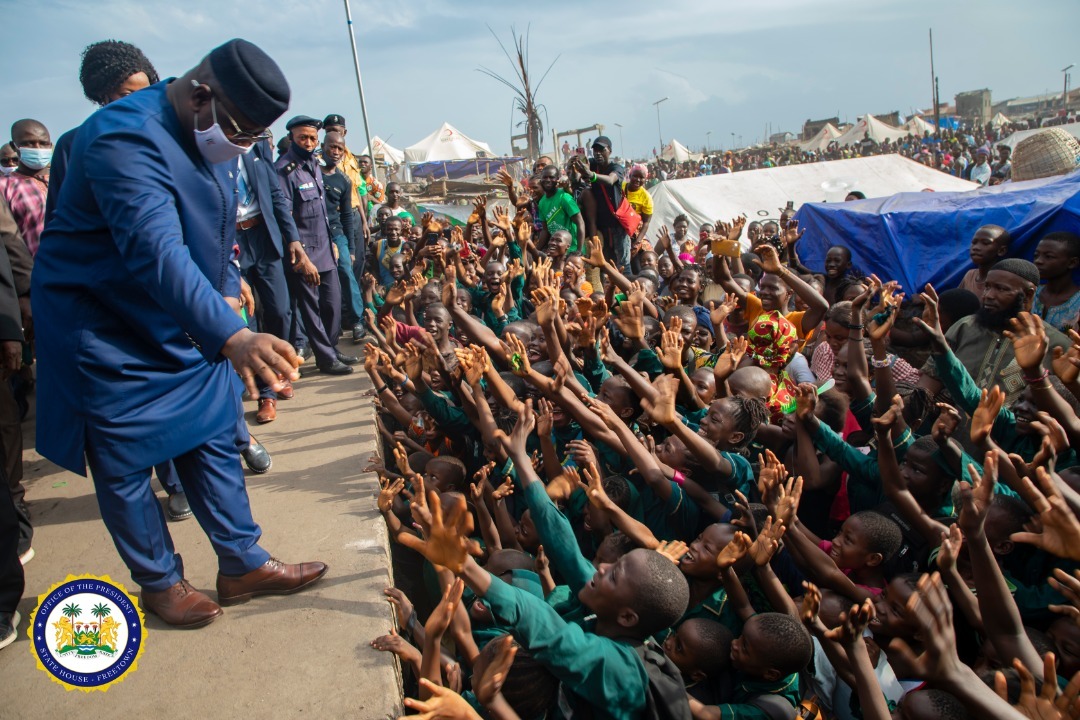 He said even though their visit and the gathering to welcome them were not joyful moments, he was still happy that no lives were lost to the inferno that ravaged the community a few days ago.

President Bio told the people that he went to see for himself what he heard and saw on television and to sympathise with them, adding that his government was determined to improve the lives of the people. He said he had been in contact with all bodies concerned to ensure they helped the people with their basic needs, noting that he was pleased with the updates so far.

He encouraged the victims to sum up courage because all was not lost but assured them that his government would provide more support to them. He thanked the community leaders and all those that are supporting the victims.

Welcoming the President and entourage at the community, Director General of the National Disaster Management Agency, Lt. General Rtd. Brima Sesay, told the gathering that the President had been in constant communication with all concerned to see how the victims could be supported.

He updated the president that immediately after the fire incident a total of 7,093 people, 1,597 family households and 254 makeshift structures were affected. He further said that since the incident occurred supports had come in from different bodies, among them Rokel Commercial Bank, UNICEF, Save the Children, Caritas, WFP and Mercury International.

Speaking on behalf of the victims, the local chief at Susan’s Bay Community, Pa Alimamy Kamara ll, expressed appreciation for the visit, adding that such a gesture would encourage them not to further grieve what had happened to them. He thanked the President and his entourage and all who had helped them, especially the security forces who helped them in saving lives. 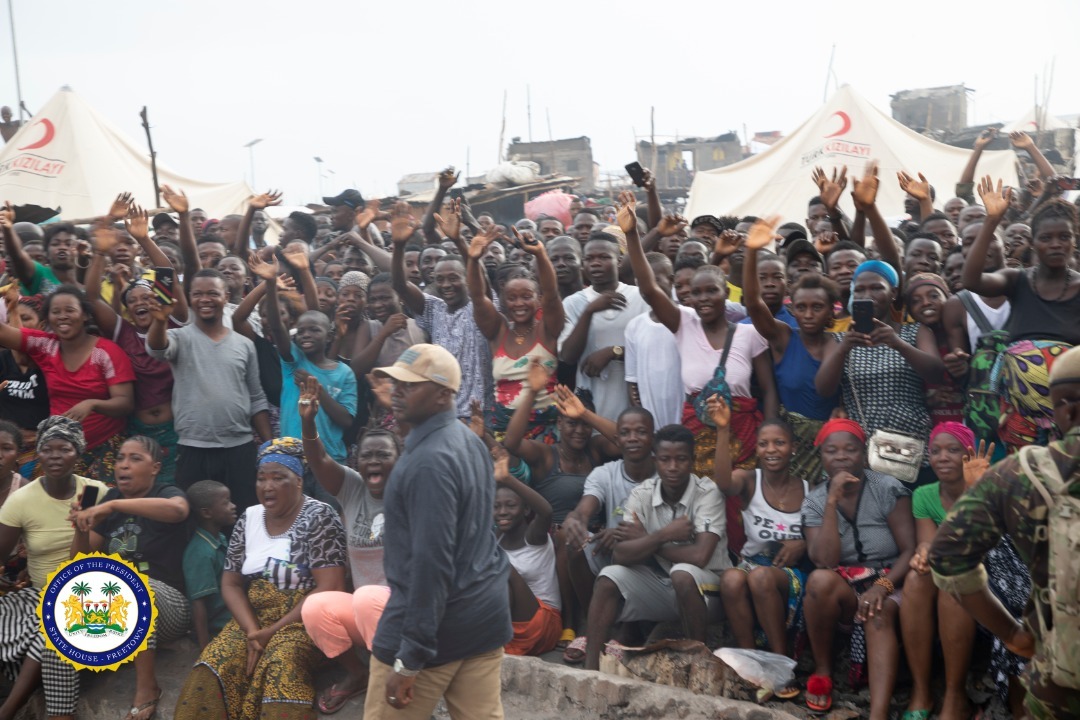