Following a recent televised BBC documentary which shows China’s fishing fleet taking advantage of weak and porous monitoring systems in Sierra Leone, the government of Sierra Leone has this week passed a moratorium on all industrial fishing along its waters.

The BBC documentary – ‘Is China’s fishing fleet taking all of West Africa’s fish’, shows the deplorable extent to which Chinese fishing trawlers are exploiting Sierra Leone’s inability to police its waters. As local fishermen struggle to make a living out of their meagre daily catch, there are serious concerns that the country’s fish stock may be in serious decline. 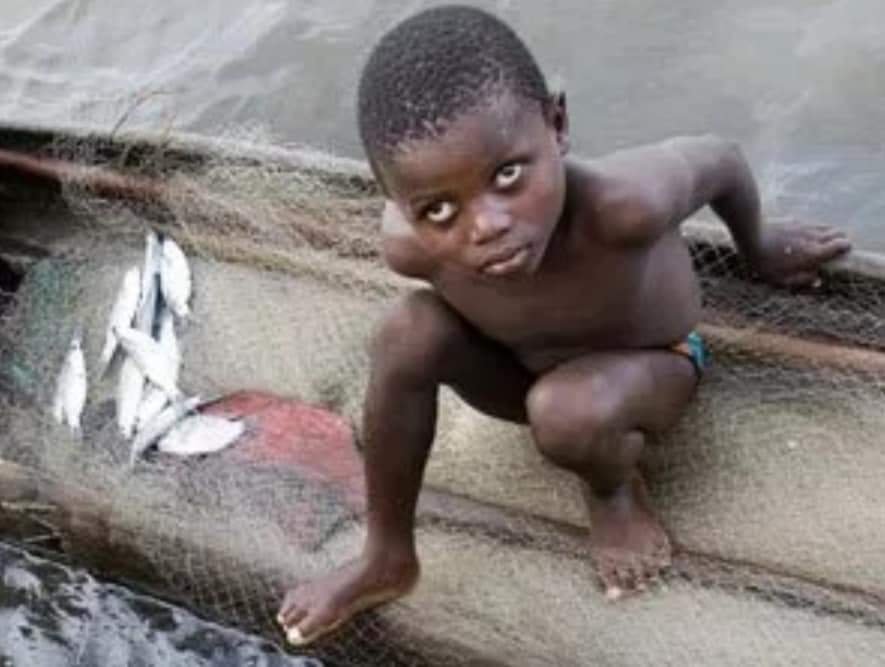 Chinese fishing trawlers are using illegal methods such as double trawling to cast their news wider, which then rakes and gulps everything from the sea. Sierra Leone has a potential to earn more than $50 million annually from fishing. But the government gets less than $18 million, largely because of illegal fishing and inability to police the country’s seas.

With the risk of facing dwindling fish stocks and the livelihood of millions of people destroyed, the country’s vice president told the fishing community in Freetown yesterday, that all industrial fishing has been banned for a month with immediate effect.

Vice president Dr. Mohamed Juldeh Jalloh was speaking at the launch of the Ministry of Fishery and Marine Resources ‘Closed Season’ initiative in Freetown. The aim of the initiative is to monitor Sierra Leone’s seas for a period of thirty days beginning from the 1st to 30th April, 2019. 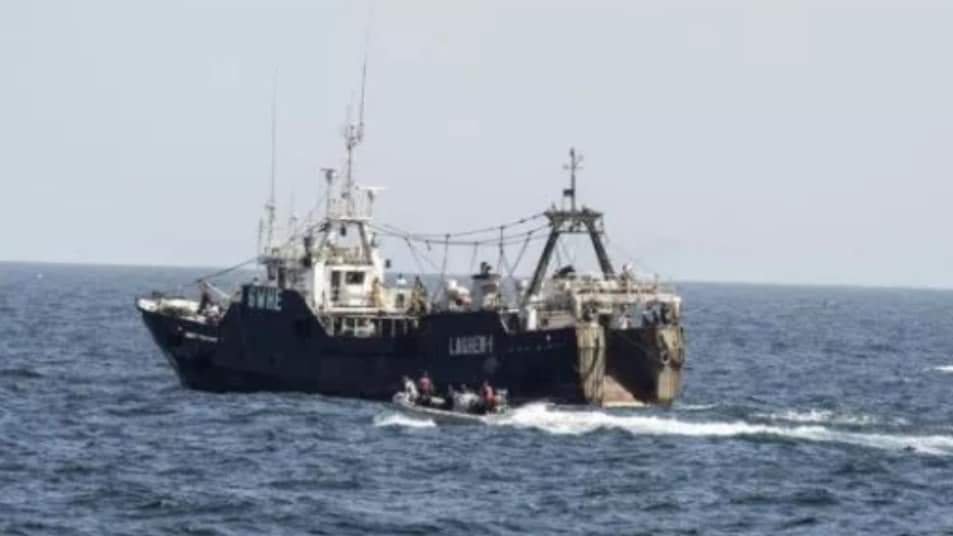 Addressing fishermen, Dr. Jalloh cautioned artisan fishermen not to export fish to Guinea during the Closed Season, describing any attempts by fishermen to export fish outside Sierra Leone as an act of sabotage. Similarly, he cautioned market women not to take advantage of the closed season by increasing the prices of fish for the public under the pretext of insufficient fish in the market. Anyone caught in such acts will be dealt with accordingly, he said.

Vice President Jalloh emphasised “we will not leave any stone un-turned, and we are going to provide additional security personnel at outpost to effect the thirty days period.” The Vice President said that the New Direction Government is diversifying the economy, and has identified the fishery sector as one key area to generate revenue for the support of Government social programmes such as health, water and infrastructure.

Proper management of the fishery sector he said, will lead to increase revenue mobilisation. The Fishery Ministry, the vice president said, has three main objectives: To ensure fish is available and affordable for the public especially for children to eat, mobilise revenue for Government, and to put measures in place for the management of fishing. Dr. Jalloh implored the Industrial fishing companies, artisan fishermen and market women to ensure the thirty days moratorium is implemented, as it is a policy of the New Direction government. 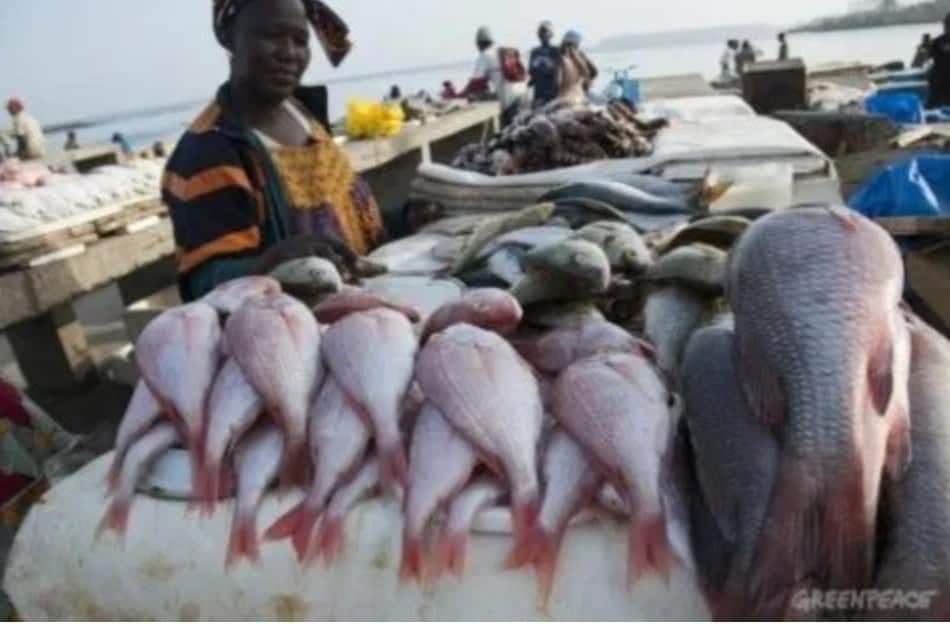 He discussed government’s plans to provide solar panels to most of the fishing communities in the country, which he said is to make sure that artisan fishermen transact business in a transparent environment especially after seven O’clock in the evening.

Minister of Fishery and Marine Resources – Mrs. Emma Kowa-Jalloh, told the fishermen that one of the main reasons for the thirty days closed season is to make sure fish grow within the one-month period. She spoke about the formation of Monitoring Task Force including the media – to monitor the closure, and expressed optimism of achieving 90-95% success. The closure the Fishery Minister said is an indication of the New Direction’s concern for the welfare of Sierra Leoneans by making sure that only local Sierra Leonean artisan fishermen are allowed to fish in the sea for one month.

She said that banning trawlers from fishing for the one month is a great loss of revenue to the Government, but stressed that the welfare and growth of Sierra Leoneans is a priority of the New Direction Government. And she encouraged the public to report any illegal fishing during this period.

Neneh Lebbie – MP for Bo City, who is also the Parliamentary Committee Chairperson on Fishery called on the public not to politicise the one month period by misinforming the public that there is insufficient fish in the market during the 30 days moratorium. She also appealed to market women not to hoard the fish for sale later at increased prices.

Bassem Jamil Mohamed of Sierra Fishing Company, who spoke on behalf of Industrial Fishing Association, commended the Government of Sierra Leone for keeping the fishing sector in order. He said that the government’s plans to prevent the decline of fish stock in Sierra Leone should be welcomed. But he called on the vice president to make sure that fish is available on the market during the one-month moratorium.