On the 1st May the second session of parliament was opened this occasion was graced by the presence of the President and his wife the First Lady. As all other state functions are opened by paying respect to the country with the National Anthem, the 67 MP’s of the main opposition party (APC) walked out of parliament. 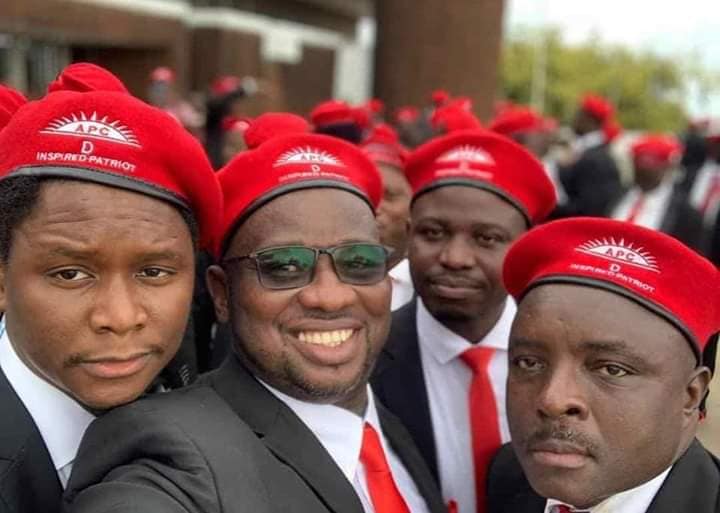 The President addressed the remaining members of parliament. Their are many rumors surrounding their action of disregarding the National Anthem and the President. We are yet to hear from the majority leader Hon Chernor Bah or other opposition MP’s as to why they walked out on the President.

Dressed in their red communist combatant style beret, the APC MPs chanting their party’s anthem, left parliament and took to the streets of the capital Freetown, in protest at what they described as the SLPP government’s abuse of power. Since the general and presidential elections held last March, there have been clashes in parliament between the opposition APC MPs and the ruling SLPP representatives, who are accusing the APC MPs of refusing to accept the results of those elections.

Twelve APC MPs have been petitioned in court for violation of electoral rules – mainly failing to resign their public offices within the constitutionally stipulated period of twelve months In effect, they were still receiving state funds after they had declared their intention to contest the elections.

The APC now wants those election petitions to be quashed, and they are calling for the replacement of the Chief Electoral Officer – Mr Mohamed Nfa Ali Conteh, whom they accuse of stealing their votes at the local bye election held in Kambia recently.

They are holding the Chief Electoral Officer also responsible for the defeat suffered by their party at the presidential election, though they won the parliamentary votes by a fairly big majority.

Critics of the APC say that the party is trying hard to derail the country’s hard won peace and make it impossible for the ruling party to govern an already fragile country. Some supporters of the APC are on social media calling for the military to topple the government, a frightening thought that most Sierra Leoneans will never contemplate. But such is the desperation of the opposition APC to have their demands met, say critics.

Sierra Leone has had its fair share of political instability, violence and chaos, and few will forget the horrors of the ten-year civil war which took the lives of over 200,000 people, destroying the country’s economy which is still teetering on the edge of bankruptcy. The ruling SLPP is accusing the opposition APC of massive corruption during its ten years in office.

The Koroma led APC government they say had left the country in near bankruptcy, with hundreds of millions of dollars unaccounted for, according to various reports of the country’s Auditor General. (Photo: Former president Ernest Bai Koroma in his communist commando style red beret).

A Commission of inquiry has started to look at many of the evidence of misappropriation of public funds and abuse of office by former ministers in the Koroma APC government. This has heightened political tension.

The inquiry is being criticised by the APC, accusing the SLPP government of witch-hunt. Hence the dramatic walk-out of parliament by the APC MPs at this auspicious occasion, does not come as a surprise. There is plenty of bad blood running through the veins of the country’s democracy, which if not carefully handled may lead to serious violence on the streets.

Other representatives of the various minority opposition parties, such as the National Grand Coalition (NGC), Coalition for Change (C4C), along with the ruling SLPP and independent MPs watched passively as the APC MPs in their combatant red beret walked out of parliament today, chanting their party’s anthem: “There is victory for us”.

The president – Retired Brigadier Julius Maada Bio was unperturbed, as he went ahead with his state opening of parliament speech, which this time is full of much promise and hope for a brighter future, as was last year’s.

President Bio is expected to shuffle his cabinet ministers any time soon, so as to breed new energy and focus into the massive economic and political challenges that are now facing his government, after just twelve months in office.

But in the meantime, the opposition APC is fighting hard to bring down the elected SLPP government. Elections are not due until 2023. It is anyone’s guess what is going to happen before then.

One thing is clear though, both the opposition APC and the ruling SLPP will need to work out together their political differences through peaceful dialogue in order to avoid violent confrontation. 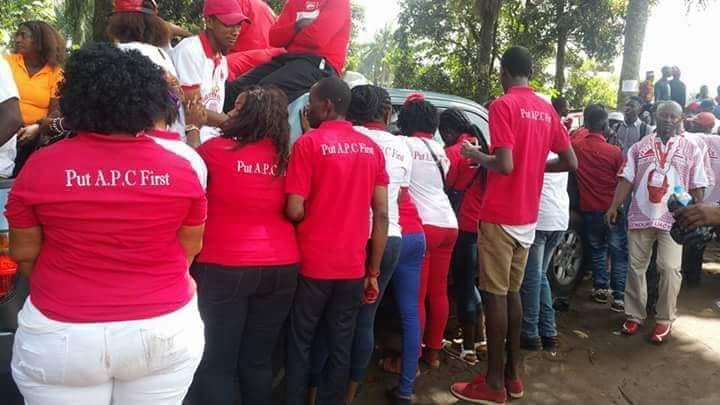 Island of Secrets Reality Show 2020 registration form is out now