‘We Miss You Lamco Richie’ were the inscriptions on most T-shirts worn by superstars and sympathisers to mark his departure from earth. Lamin Sesay aka Lamco Richie succumbed to death on the 2nd of June 2018 at the Caunnaught Hospital after a very long illness and was buried on the 4th of June 2018 at the Kissy Mess Mess Cemetery in Freetown.

Before his death, Lamco Richie was a very popular artist who got his breakthrough in 2016 after he released the song titled ‘Salone Music for Betteh’ featuring Danny Mo. This song was regarded by music lovers as a redemption song for the polarised Sierra Leone music industry. Richie pays regards to music legends before him with a very strong message of unification among entertainers. The song became an anthem and a signature tune for many Sierra Leoneans.

Richie was a very strong member of the East End Artists Union (EAU) as the Public Relations Officer. He also played armature football in the east end part of Freetown. 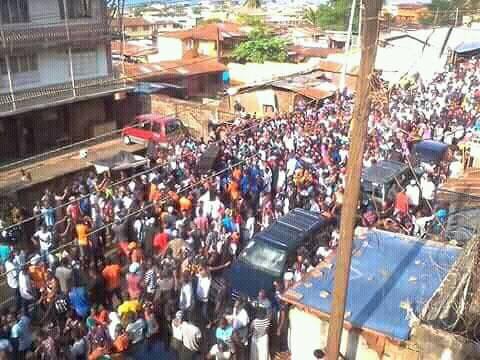 Following the announcement of his death by family members, over four tribute songs were released in 24 hours. News of his demise was received in shock.

Speaking to Salone Jamboree, Ambassador Muhammed Bashiru Sanusi aka Bash, a popular entertainment presenter on Star TV, lamented on Richie’s personality. He describes him as friendly persona who has earned his respect and popularity through humbleness and a calm demeanour. “It saddens me loosing another talented brother in the music industry,” he mourns. 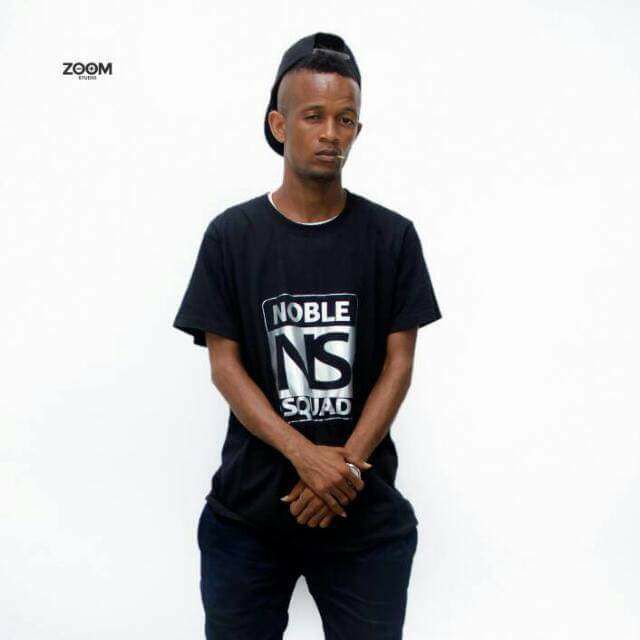 The President of the East End Artists Union, Artical Foyoh couldn’t hold his breath either. In tears, he describes the young man as ‘strong and loyal soldier who had always stood by his word.’ His death means a lot to the industry and the union he was representing,’ he said.

On how Richie can be remembered, Foyoh hinted on an annual ‘commemoration’ by his colleagues musicians.

The indefatigable All Stars President, Milton Coker popular on stage as Colabo, also told Salone Jamboree how he was deeply touched by the loss of Lamco Richie.
“Today is a sad day for us. As I speak, I speak with a heavy heart for the loss of our brother,” he said.
He noted the spate at which the industry is rapidly loosing its talents like Shine De God Son, Momoh Ranka, Richie etc. He describes Richie as a revolutionary artist who preached peace and unity within the industry in one of his popular songs. “We will always remember him like the Bob Marleys and other global legends for his music.”

Meanwhile, Colabo informed Salone Jamboree on his plans to have a vibrant industry that can match those of Nigeria and Ghana. He said the All Stars Group has developed a road map to actualize this dream.

The Entertainment Director of Citizens Radio, Ibrahim Kalokoh aka DJ Kalloxx was also in tears during the burial of Richie. Kalloxx was a very close friend to Richie. He was one the first to inform and solicit support for Richie’s illness.
“Richie left something behind that we will always remember him for, his music and good relationship with people,” he stated. Kalloxx vowed to constantly play Richie’s track on his radio programs as he has always be doing.
During the burial, Citizens Radio was shut down for couple of hours by the management in honour of the late man. 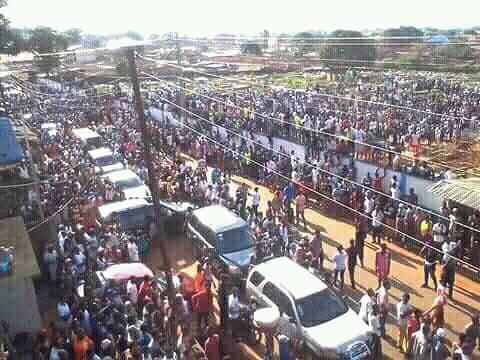 The All Stars Vice President, Ibrahim Habre aka Sara De Great was surprised to see a huge crowd at Lamco’s burial. In a radio interview, he stated that. …”had this crowd attended one of Richie’s shows, he wouldn’t have died a poor artist.” Let’s start paying tributes to the living rather the death,” he added.

Richie was deeply mourned by sympathisers, friends and family. His corpse was handled by his former teammates after a tough with the musicians as to who should take control. Through concensus, the corpse was handed over to his former teammates for procession to the cemetery after being prayed at the Wan Word Garage Mosque in Wellington.
Friends and family were left in tears and deep wailing as his remains was taken away. May his soul rest in peace.