During the auspicious opening ceremony of the 15th Biennial General Meeting, 24th Scientific Session and the 39th Council Meeting of the West African College of Nursing held at the Freetown Bintumani Conference hall, Her Excellency Madam Fatima Maada Bio was conferred upon, a Honorary Fellow Membership of the West African College of Nursing, as a result of her hard work and dedication to the empowerment of women and girls in Sierra Leone and her delivery drive on result based, thereby leading by example as a robust and active First Lady.

In Accepting the Honor bestowed upon her as a Honorary Fellow of the West African College of Nursing, Her Excellency Madam Fatima Maada Bio recognised the sacrifices and dedication of nurses in sierra Leone, while stating that the work they do cannot go unnoticed, but one worth emulating, as they are the back bone of health care delivery in a nation.

Her Excellency furthermore disclosed her admiration for the noble Nursing Profession, highlighting their tenacity and dedication to human service, as she has seen their bravery and passion when Sierra Leone was faced with the Ebola epidemic and mudslide disaster respectively.

Madam Fatima Maada Bio pledged her unflinching support to the agenda of His Excellency President Julius Maada Bio in improving Health Care system in Sierra Leone, while her office is open to work with institutions involved in improving the face of Nursing and Midwifery not only in Sierra Leone, but West Africa at large, as she strongly believes the popular saying that “Nurses does it best”. 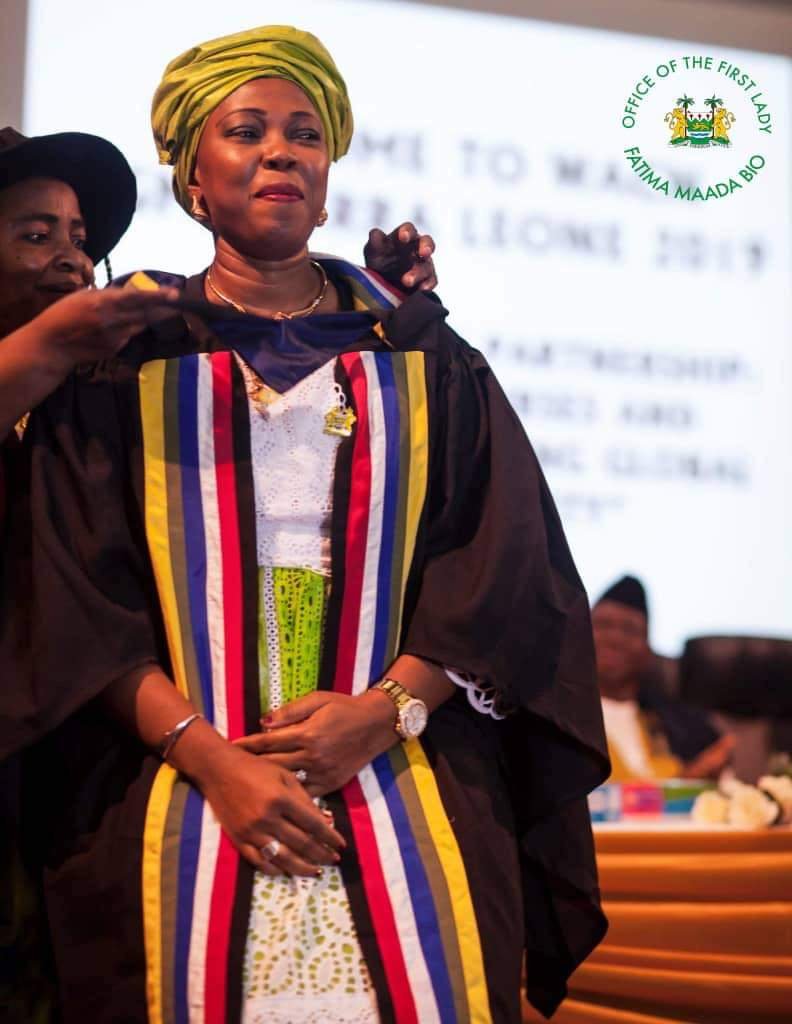 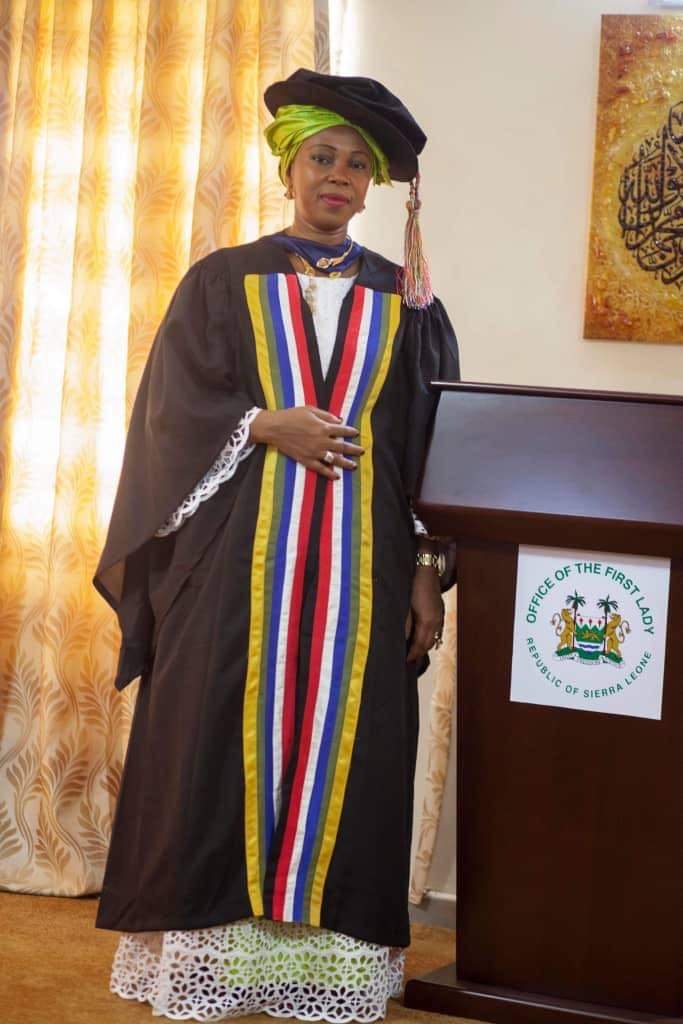 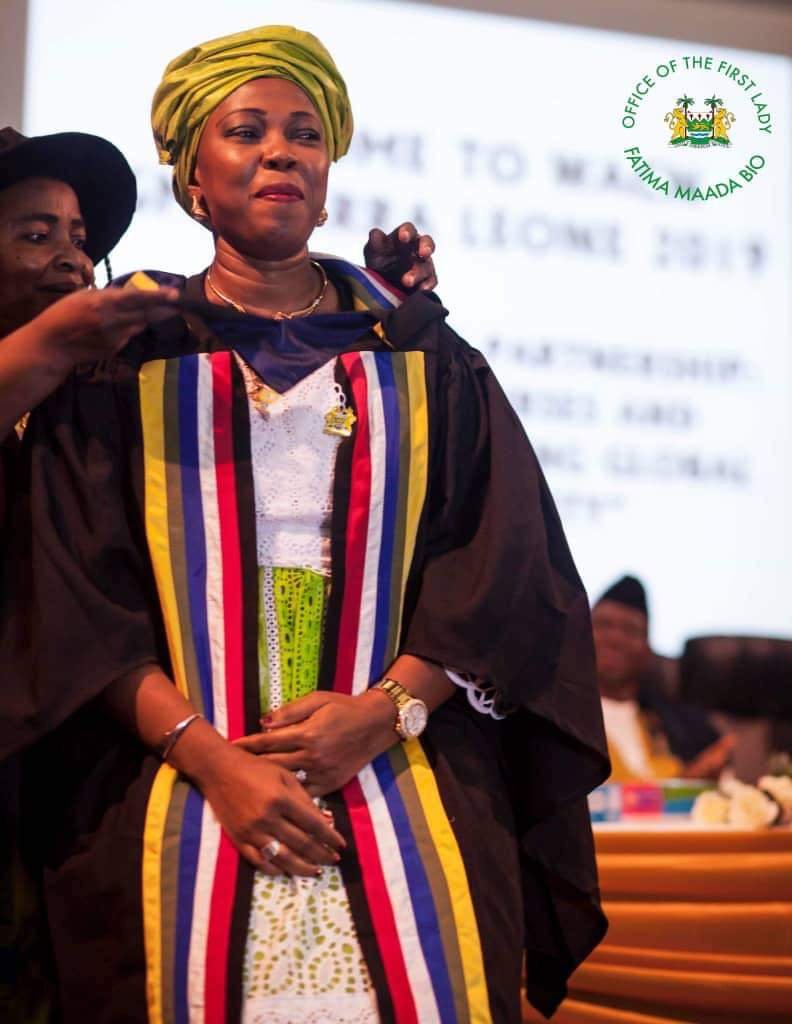 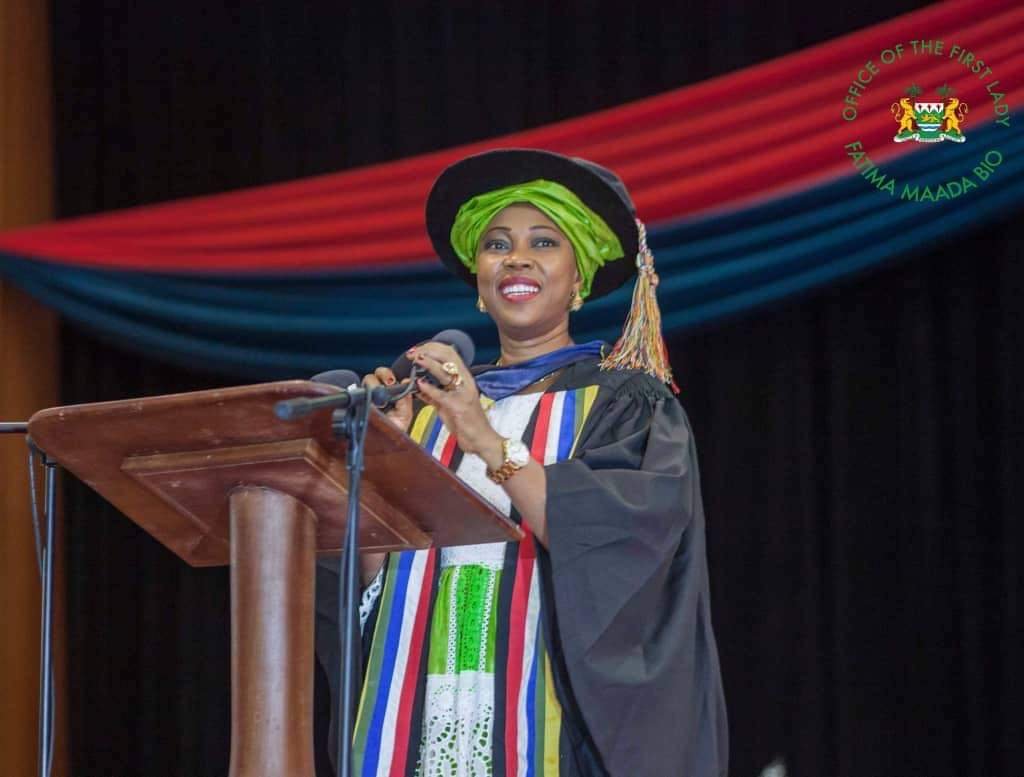 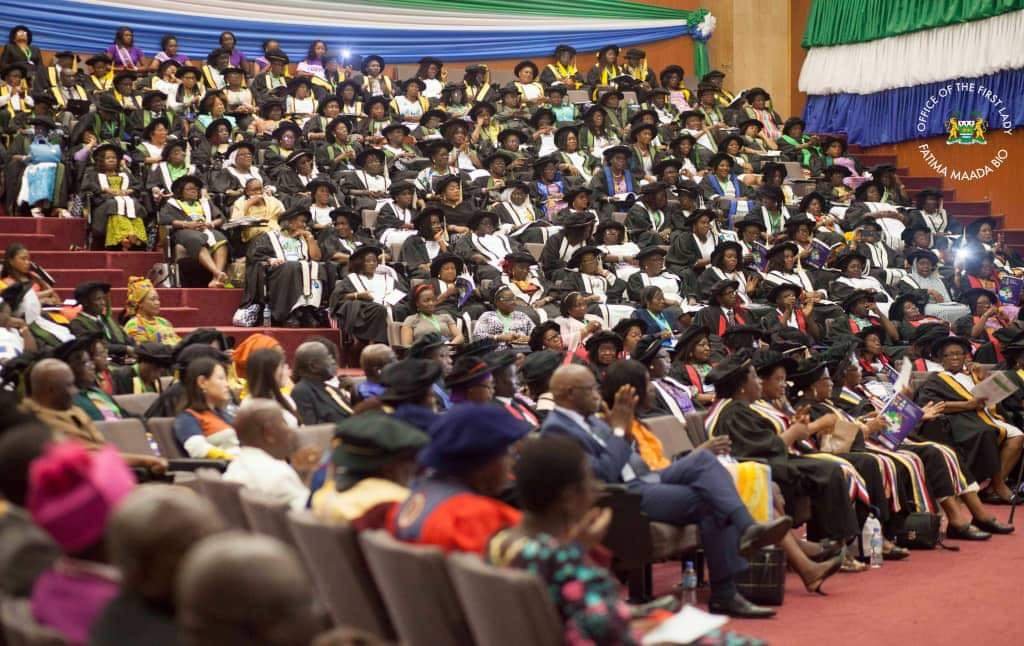 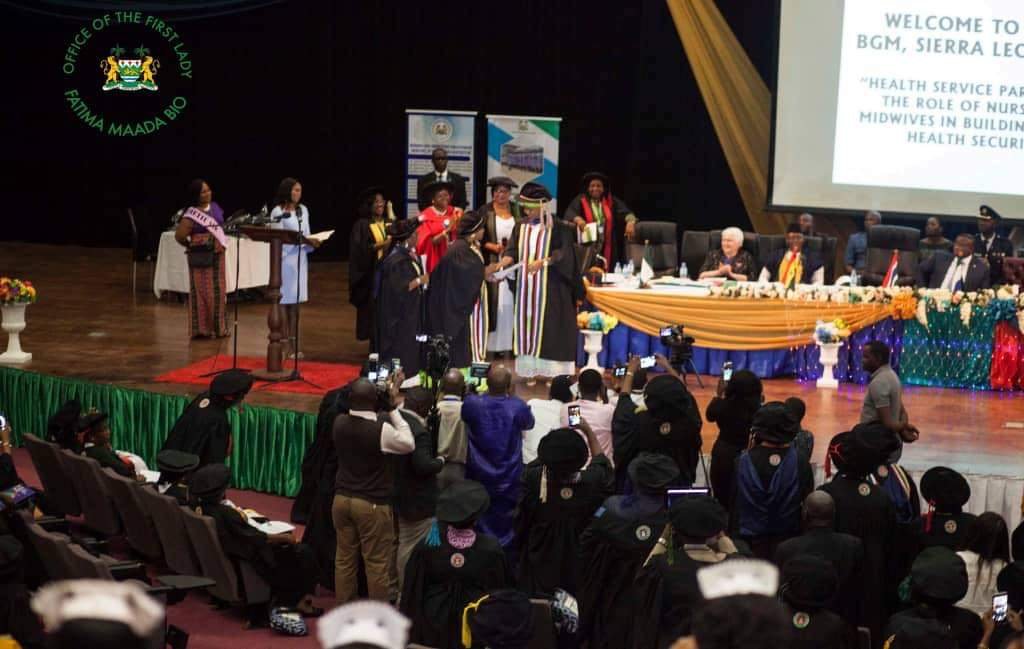