Welcoming members of the sports’ family, dignitaries and members of the media present, General Secretary of the Association, Alhaji Komba, said, the association’s executive and general membership is elated to see all present in what he described as a milestone event for the association and sports in general in the country. He further said that, the association is indebted to the African Elite Athletes and former Boxer Bill Becket, who he emphasized as the protagonist towards Wednesday’s event.

Chairman of the occasion, deputy chairman of the Parliamentary Oversight Committee on Sports, Honourable Sirajin Rollings-Kamara, in his first words said, football is not just sports as he further expressed his impression on the association for achieving a feat standing for over thirty (30) years.

Mr Rollings-Kamara thanked all those involved in engineering this alarmed development while he continued calling on the coexistence of harmony in the boxing sport.

In his speech, president of the Sierra Leone Boxing Association, Eric Dura Sesay, started applauding the entire boxing family for the total display of patriotism. He continued that, his executive on Thursday is handing over a lasting legacy to the boxing family.

He thanked Bill Beckett and the African Elite Athletes for coming to the aid of the association by providing the financial help which brought about the huge upliftment of the boxing gym and also, the provision of two international Cuban coaches to help aid athletes training.

“The association knows that the president, his Excellency Rtd. Brig. Julius Maada Bio takes sports to high esteem, and as an association, it’s our duty to support this great passion for sports by the country’s first gentleman”, he intimated.

“We thank the Parliamentary Oversight Committee on Sports for the timely effort in bringing sanity to the boxing family, a move we have started seeing the benefit”, he furthered.

Director of Sports, Dr. Kenneth Brima, expressed joy to be around an event he highlighted as a huge development not only for boxing, but for sport as a whole in the country. He said, its of special interest to boxing he made himself available in Thursday’s gathering, a gathering he wished will change the narratives and fortunes of boxing in the country and the international sphere.

“I believe with this latest development and the presence of the two foreign coaches, our boys are destined to do better”, he optimistically stated.

“Kudos to the Parliamentary Oversight Committee on Sports for their endless interventions on the resolve of sporting fracases. This move by the Sierra Leone Boxing Association is a true move in the right direction”, Dr Brima furthered.

National Olympic Committee (NOC) president, Dr Patrick Coker emphatically expressed his joy and happiness towards a development he named as a win to Sierra Leone sports.

He admonished the executive, coaches and athletes to grab hold of this opportunity to not only be participators and competitors as Sierra Leone is used to be known, but bring laurels home now as the platform has been created. He said, the NOC as the chief for all sporting associations in the land, has an open hand to all whenever called upon.

In another development, Football for a better tomorrow Sierra Leone (FANT-SL) presented boxing equipments to Sierra Leone Boxing Association as a means of complement to its good job.

By Morlai Kargbo – ©I Rep Salone 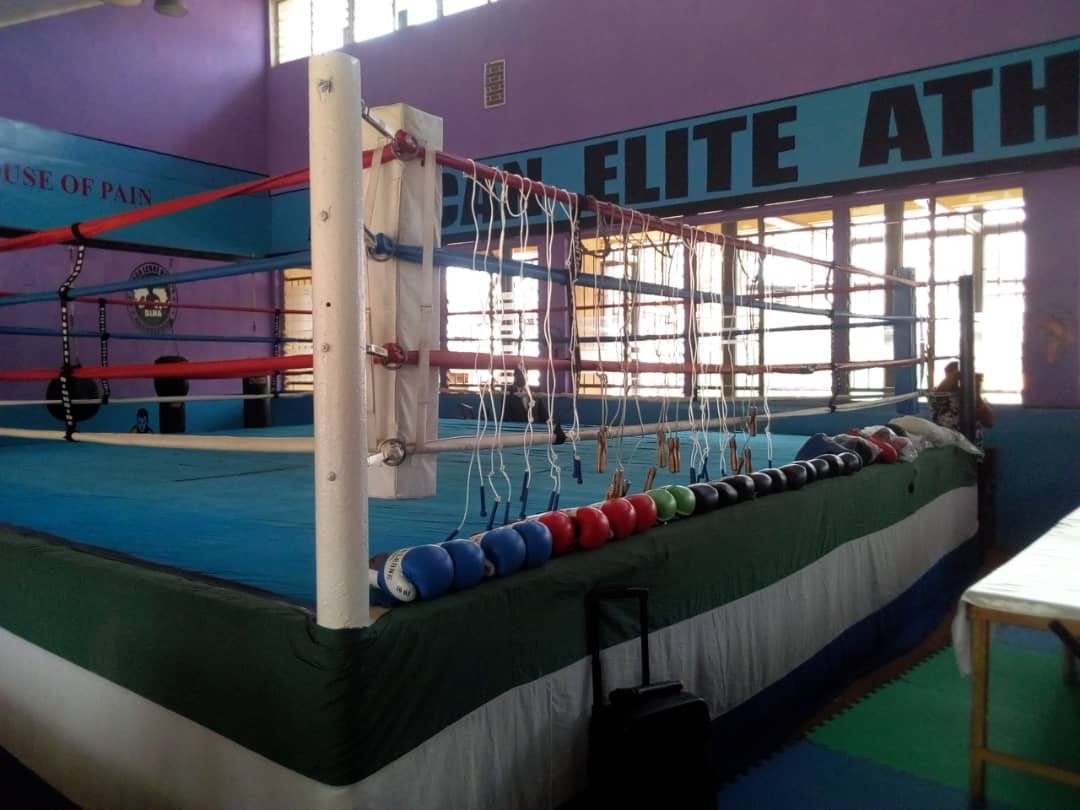 The Chamber Of Commerce Easter Exhibition takes centre stage at the...