His Excellency President Dr Ernest Bai Koroma has ended a two-day state visit to the Kingdom of Saudi Arabia. The President was in the Kingdom on the kind invitation of the Custodian of the Two Holy Mosques, King Salman Bin Abdulaziz Al-Saud. The King held official talks with his Sierra Leonean counterpart at the Al-Salam Palace in Jeddah yesterday.

His Majesty King Salman bin Abdulaziz and His Excellency, Dr. Ernest Bai Koroma discussed issues on bilateral relations and means of cooperation between the Kingdom of Saudi Arabia and the Republic of Sierra Leone in different fields. During the meeting, President Koroma honoured the Custodian of the Two Holy Mosques with the Medal of Honour in recognition of King Salman’s efforts in promoting world peace and defending Islam. 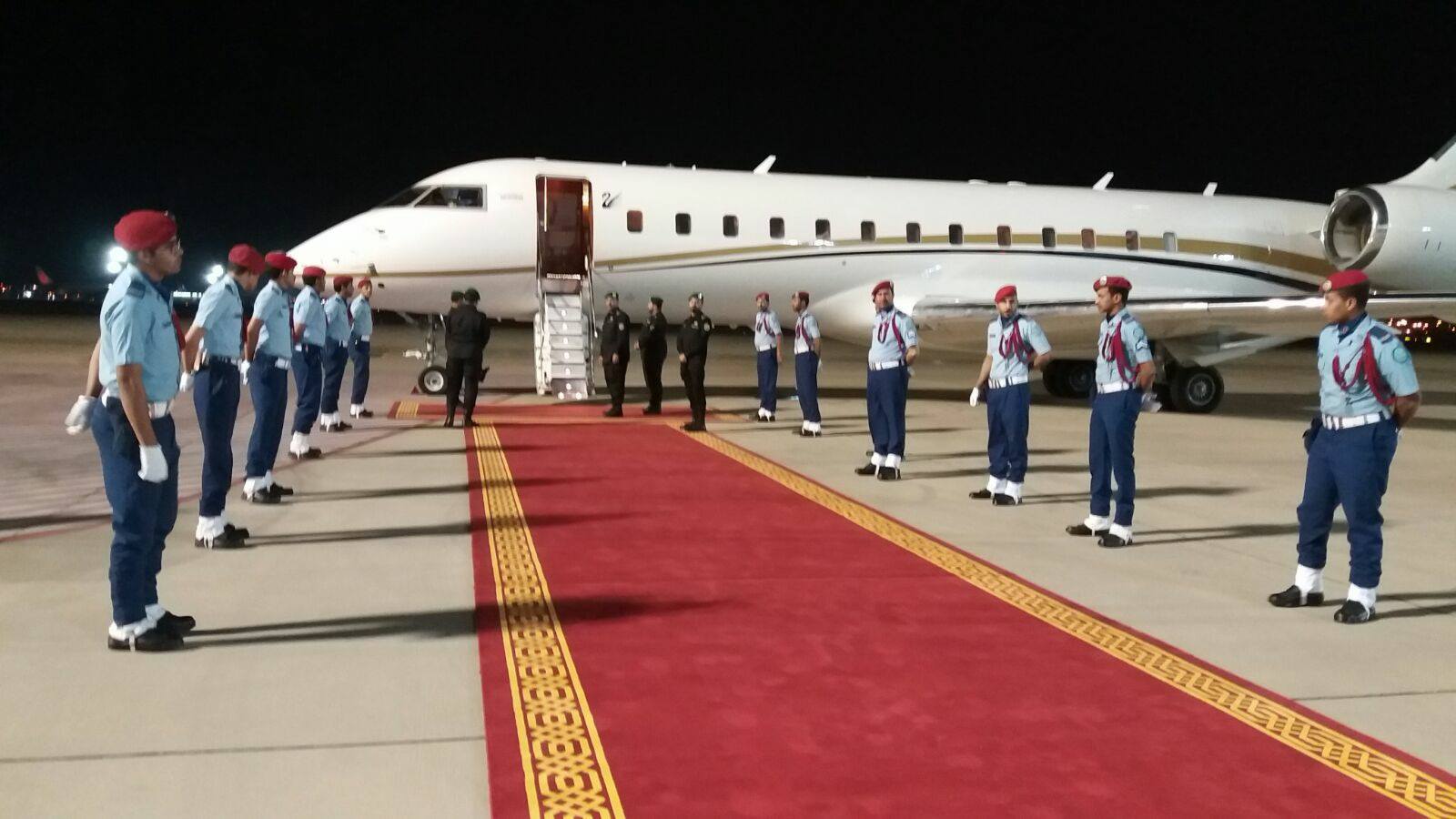 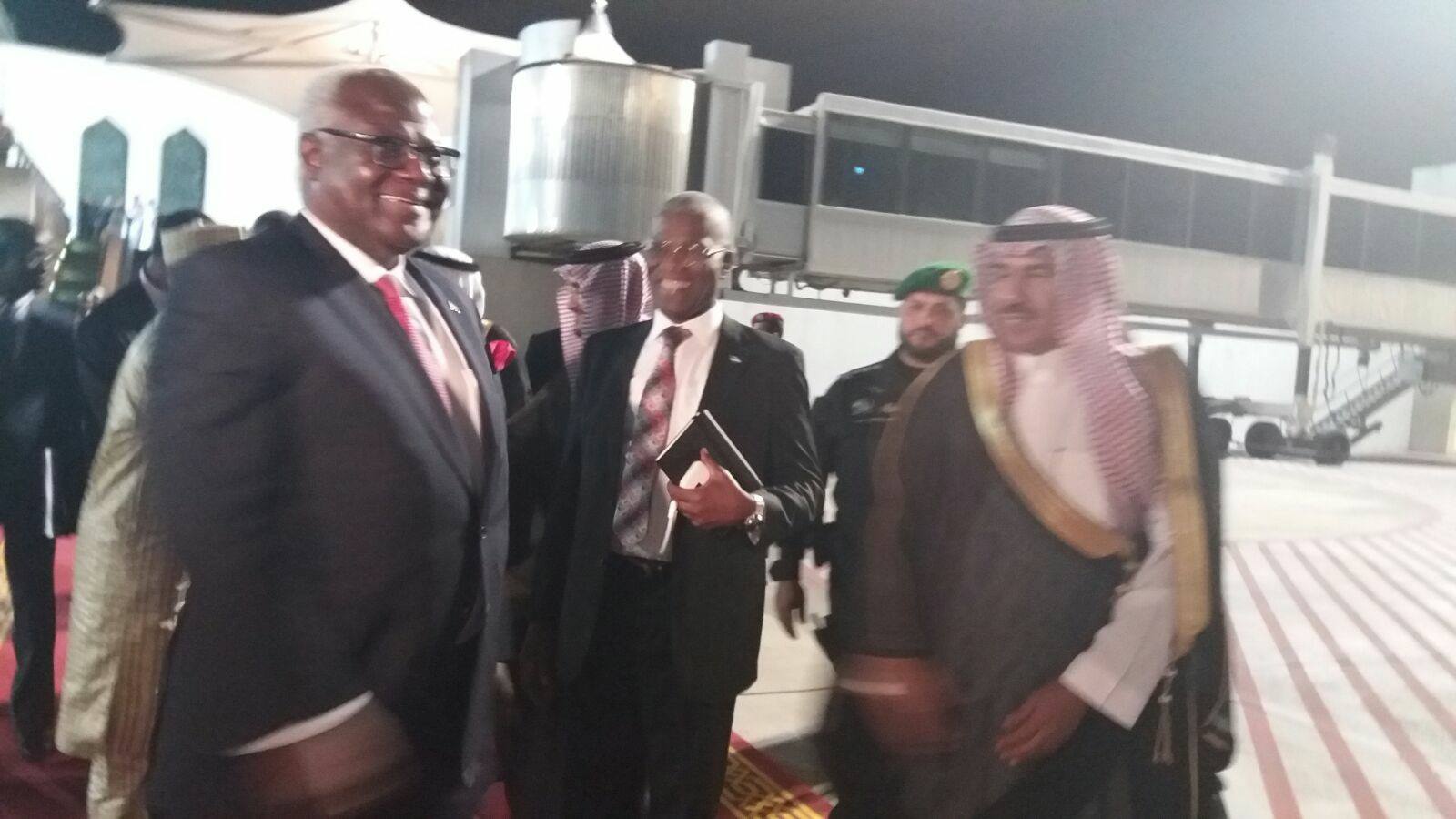 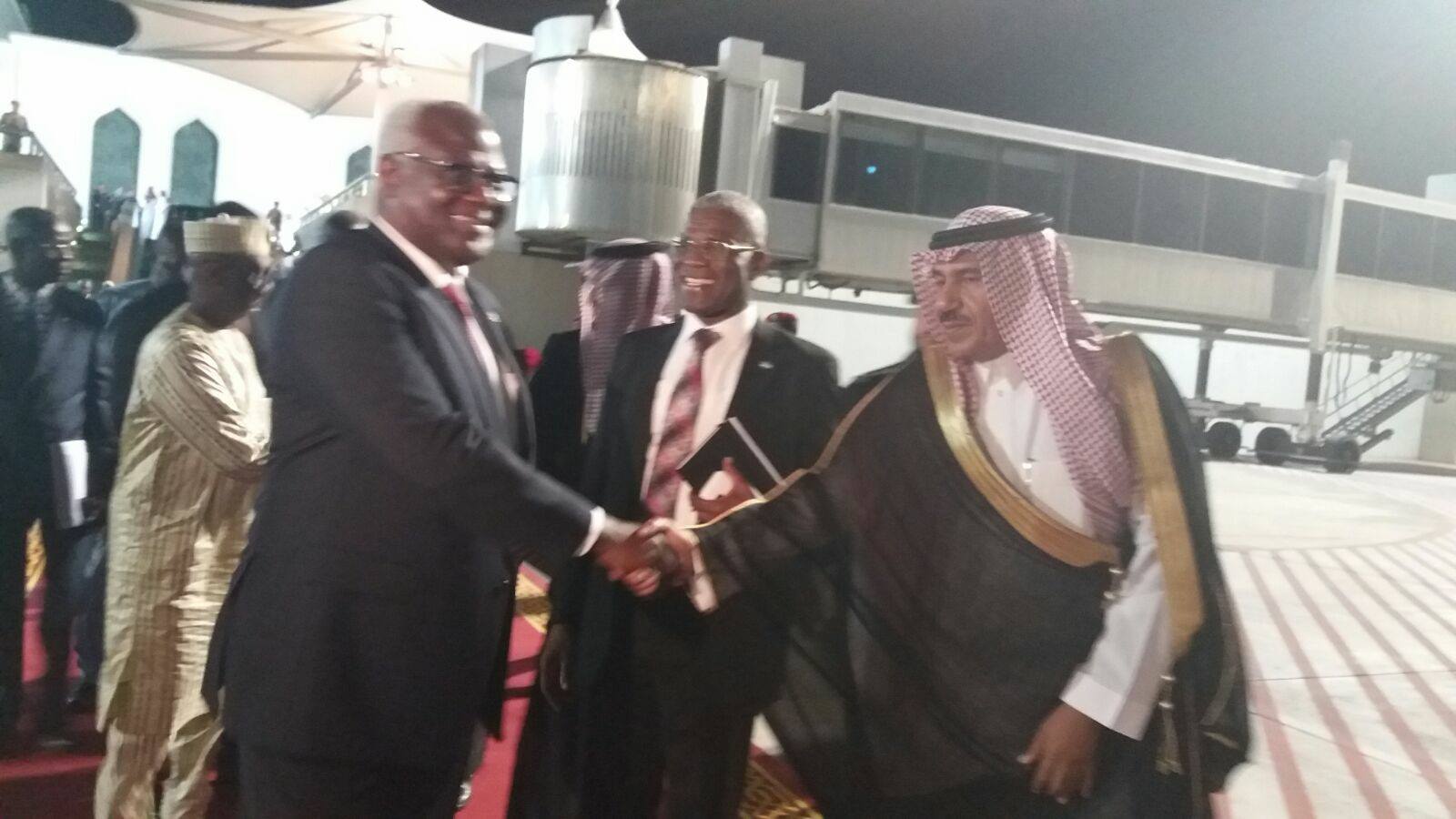 Shortly before he left this evening, the Deputy Premier and Minister of Interior, Crown Prince Mohammed bin Naif bin Abdulaziz Al-Saud met the President at his Jeddah Conference Palace where they had “very fruitful meeting” Minister of Information and Communications, Mohamed Bangura says the meeting between His Excellency the President and His Royal Highness the Crown Prince is very beneficial for Sierra Leone.

His Excellency also hold marginal meetings with the Advisor to the Custodian of the Two Holy Mosques and Governor of Makkah Region, Prince Khalid al-Faisal bin Abdulaziz, the Secretary-General of the Organization of Islamic Cooperation (OIC), Dr. Yousef bin Ahmed Al-Othaimeen, Minister of State for Foreign Affairs Nizar bin Obaid Madani and the Minister of Culture and Information, Awad bin Saleh al-Awad yesterday.

Earlier today, the President also met the President of the Islamic Development Bank (IsDB Group) His Excellency Dr. Bandar bin Mohammed bin Hamza Asaad Al Hajjar and the Director-General for the Saudi Fund for Development (SFD), among others. During the meetings, they discussed bilateral and multilateral coperation and ways to promote them, in addition to issues of mutual interest.
The President and entourage have left for Turkey where he is scheduled to meet with the Turkish President, H.E Tayyip Erdogan.