State House, Freetown, Thursday 7 February 2019 – His Excellency President Julius Maada Bio has officially declared a National Emergency on Rape and Sexual Violence, as a major step towards addressing rape and all forms of sexual violence in Sierra Leone.

In his keynote address, to a well-attended event at State House, President Bio said that each month hundreds of cases of rape and sexual assaults were being reported against women, girls and babies with some of the fatalities being as young as three months old and that 70% of survivors of the traumatic experience being under the age of 15.

He said, on a sad note, thousands more cases of rape and sexual violence were unreported because some families and communities practice a culture of silence or indifference about sexual violence, leaving victims traumatised. He noted that alarmingly, the perpetrators were getting younger and their acts getting more violent and bestial.

“Of nearly 3,000 reported sexual assault cases, 602 of the survivors became pregnant; 7 of them contracted HIV/AIDS; 2,404 had STDs; thousands more were scarred and traumatised by the ordeal. Only 39 of these 3,000 reported cases were successfully prosecuted whilst 2,961 of the survivors of sexual violence were denied justice,” he disclosed.

“My government will continue to work with civil society organisations, development partners, and community stakeholders to address gaps and deficiencies in the Sexual Offences Act of 2012. I am directing close interagency collaboration in ensuring that the full cycle of services from reporting, investigation, treatment, after-care, and prosecution is free, uncomplicated, and delivery speedily,” he said.

He said that government would engage communities and civil society in dialogues to eliminate the culture of compromise and silence around sexual violence, adding that the country must put an end to the scourge that was slowly wrecking the nation.

“On this note, I, therefore, declare rape and sexual violence as National Emergency. With this declaration, I have also directed the following. That ALL Government Hospitals MUST provide FREE Medical Treatment and certificate to every victim of rape and sexual abuse.

“That with immediate effect, sexual penetration of Minors is punishable by LIFE IMPRISONMENT; that the High Court should consider 136 Proceedings in the High Court in order to speed up prosecution and trail of ALL new cases of Rape and Sexual Violence.

Chairperson of the Rainbo Initiative, Dr Olabisi Claudius Cole, said the historic declaration was a landmark in tackling sexual and gender-based violence in the country, adding that had been made possible through the tireless voices of survivors and activists who had been working on the issue away from the spotlight without resources or resources.

She said they were thankful to the President for listening to the voices and acknowledging the urgency of the issue, saying that the declaration was sending a strong message that the country was entering a phase of zero tolerance wherein the laws of the land would bite perpetrators.

First Lady, Her Excellency Madam Fatima Bio, who delivered the vote of thanks, said rape and all forms of sexual violence were unacceptable in society and that they were menaces to the society that people should not encourage. She expressed thanks and appreciation to the President for his brave steps in tackling rape and sexual assaults in the country. 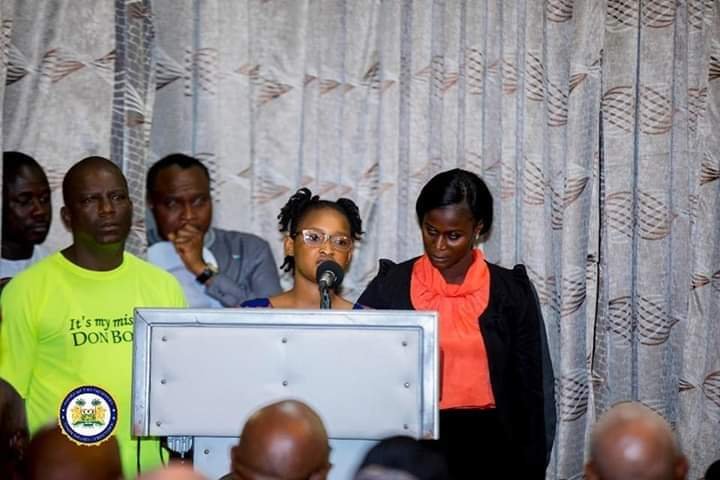 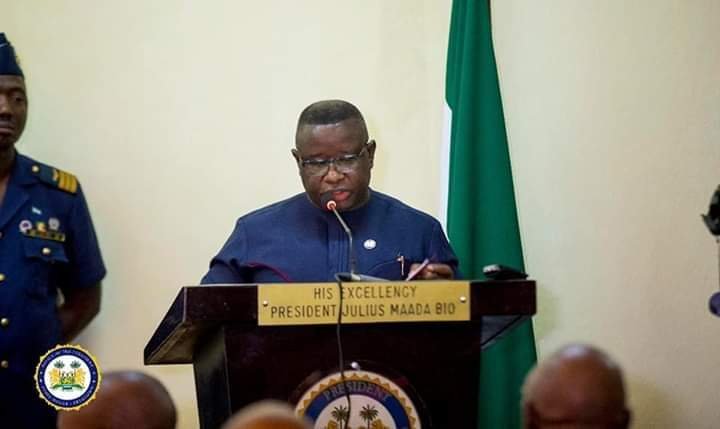 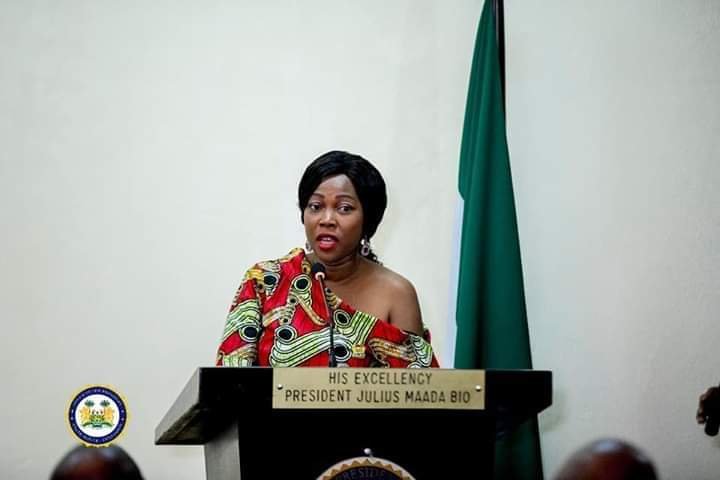 This government has never reneged on its election promises

Getting to Zero Out of School Children in Sierra Leone says...