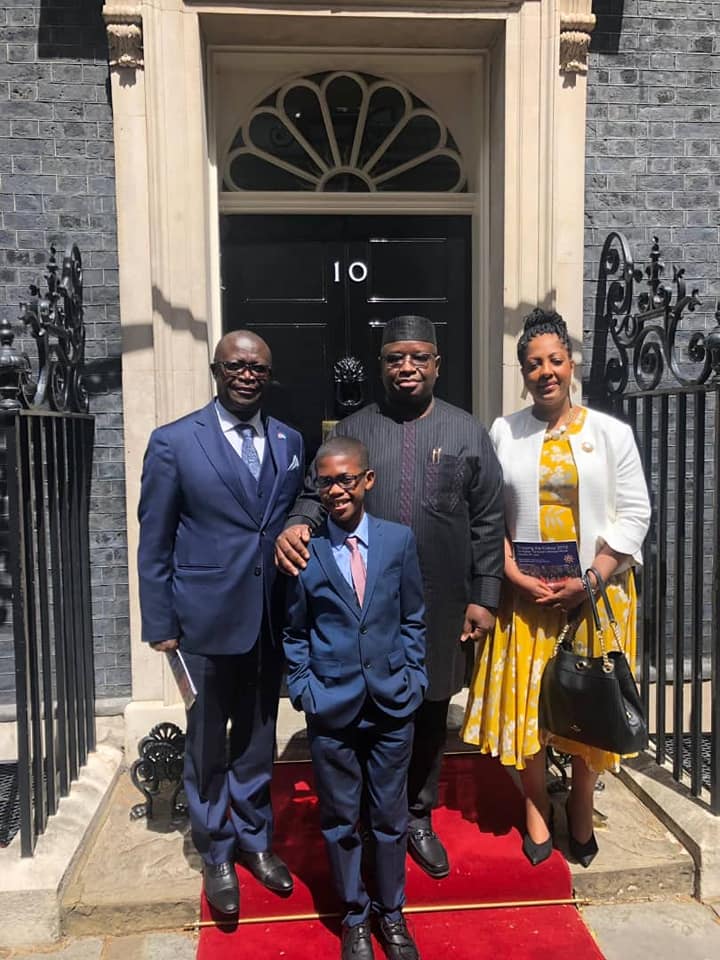 His Excellency President Julius Maada Bio was guest of the United Kingdom Prime Minister, Theresa May and husband, Mr Philip May at this year’s official birthday commemoration of the Queen. Both the Prime Minister and President Bio sat side by side as they watched the ceremony at the Horse Guards Parade in Whitehall.

The Queen was joined by members of her family including the Prince of Wales, the Duchess of Cornwall, the Duke and Dutchess of Cambridge and the Duke and Duchess of Sussex. The Duke of Edinburgh, who celebrates his 98th birthday on Monday 10th June, has retired from public duties and did not attend. 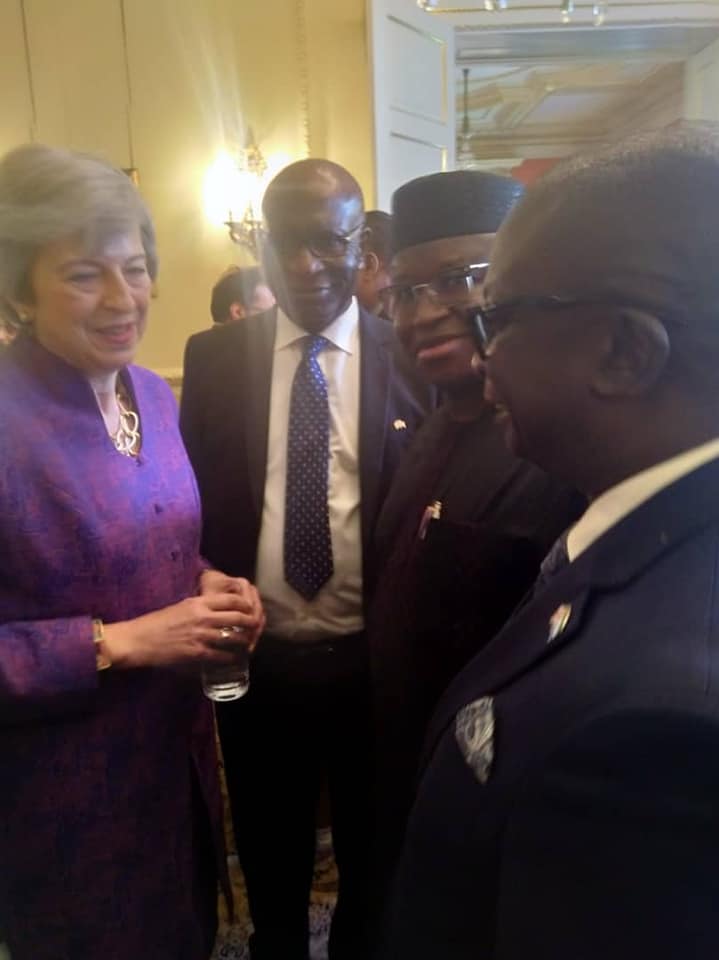 The Queen has earlier celebrated her 93rd birthday in April but the trooping the colour ceremony originated from the traditional preparations for battle and has commemorated the birthday of the sovereign for more than 250 years.

Earlier, His Excellency President Julius Maada Bio was hosted by the UK Prime Minister, Theresa May at No. 10 Downing Street as part of the commemoration of the Queen’s Birthday ceremony and both the Prime Minister and President Bio also discussed about the just-concluded UK-Sierra Leone Trade and Investment Conference. 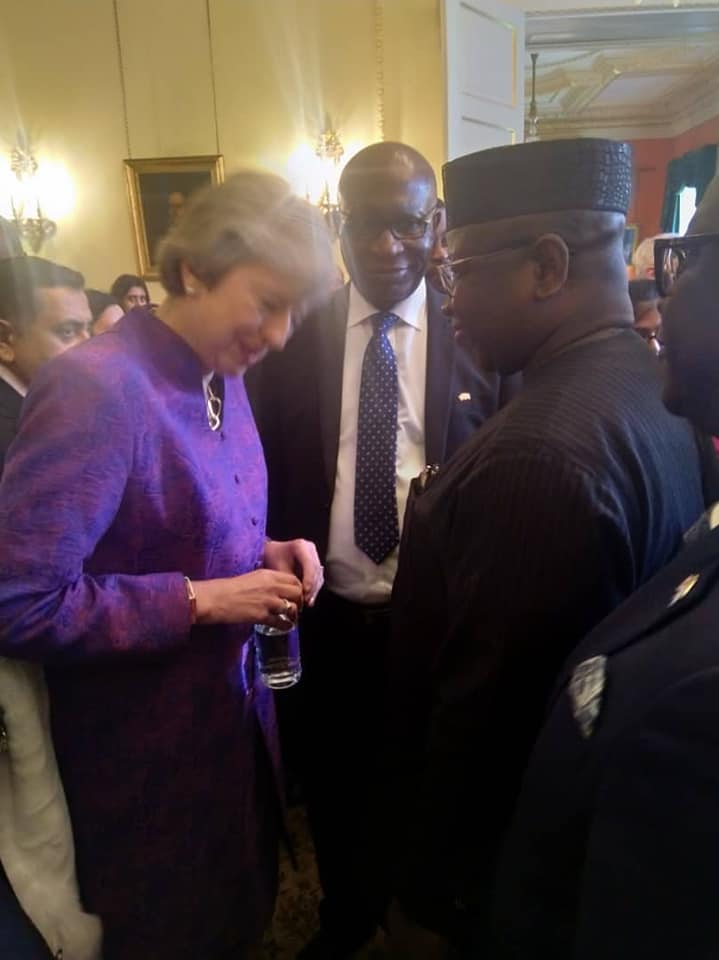 His Excellency President Julius Maada Bio was accompanied to Downing Street and the Trooping the Colour Parade by the outgoing Sierra Leone High Commissioner to the United Kingdom, H.E Tamba Lamina. H.E Tamba Lamina has been highly commended by Sierra Leoneans and investors for his outstanding leadership in organising the Trade and Investment Conference. 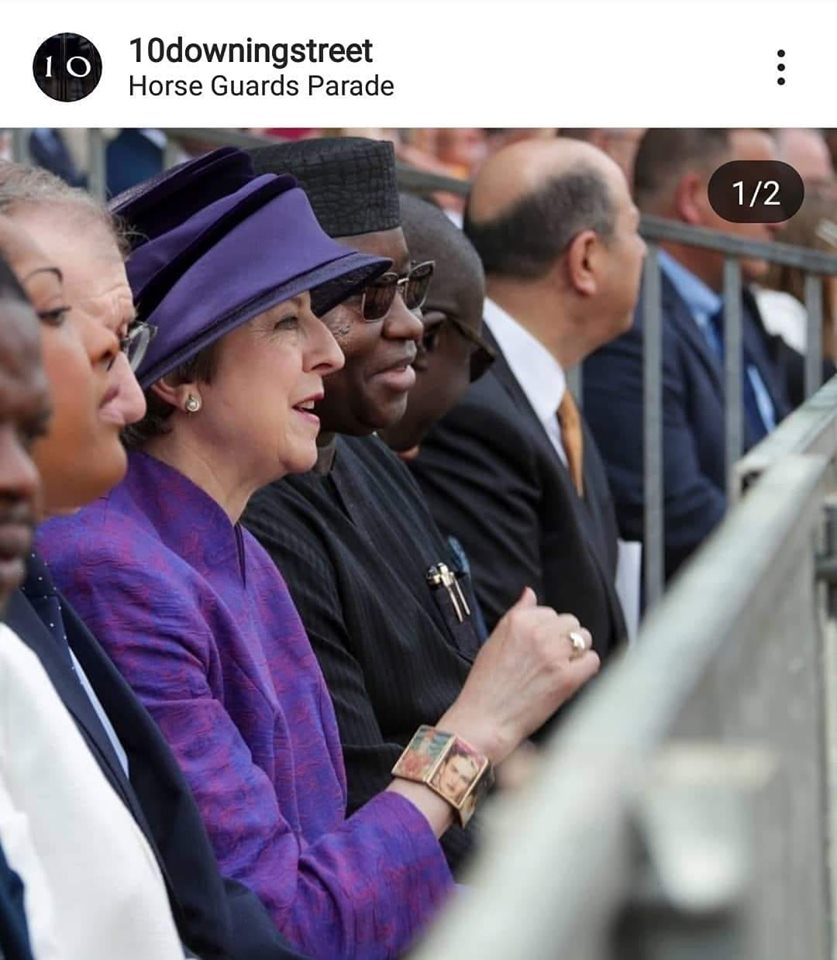 The invitation of His Excellency President Julius Maada Bio by UK Prime Minister, Theresa May to the Queen’s Birthday Parade and his visit to No.10 Downing Street will continue to demonstrate the UK Government’s confidence in the impressive Leadership of President Bio and his Government.