“The family and close friends of the late Shine De God Son wish to announce that there will be a family vigil at 1 Leomy Lane off Benjamin Lane on Thursday 4th May from 7pm to 8pm.

This will be followed by a vigil of tributes and remembrance at the St. Edwards Primary School Compound Fort Street from 8pm till 12 midnight. In light of this all groups, friends and fans are kindly asked to be at the St Edwards Primary School Compound on Thursday 4th May to give tributes to the late Hip Hop star as a limited number of tributes will be allowed during the Church service. Thanks.

RIP Shine the Godson.
From Kingfisher on behalf of the family.” 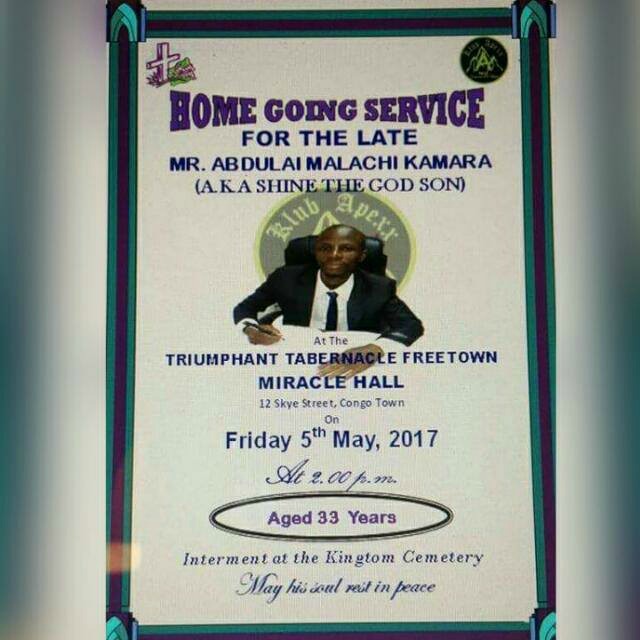 ABDUL MALACHI KAMARA popularly known as SHINE DE GOD SON was a staff of UBA Sierra Leone until his death on 21st April, 2017. SHINE became sick about two months ago. Unfortunately he died around 4.30am while receiving treatment at the hospital. Abdul M. Kamara was the only beloved son of his parents.

ABDUL MALACHI KAMARA, a.k.a. SHINE DE GOD SON, a.k.a. MR. BANKER, was a very dedicated staff employed on September 1, 2016 as an Operations staff but elected to be redeployed to Marketing Unit, and Abdul performed exceptionally well as a Relationship Officer in Charlotte Street Branch. Abdul Kamara is a well-known name in Sierra Leone as a top rap artist and academic of good standing from Fourah Bay College (FBC), University of Sierra Leone (USL). He won the award as best Hip-Hop rapper in Sierra Leone two years in a roll while studying at Fourah Bay College (FBC). Even at UBA, SHINE Won Dollar Awards as a top performing staff. He entertained us with his freestyle and rich lyrics during Staff End of Year Party and at many other times. 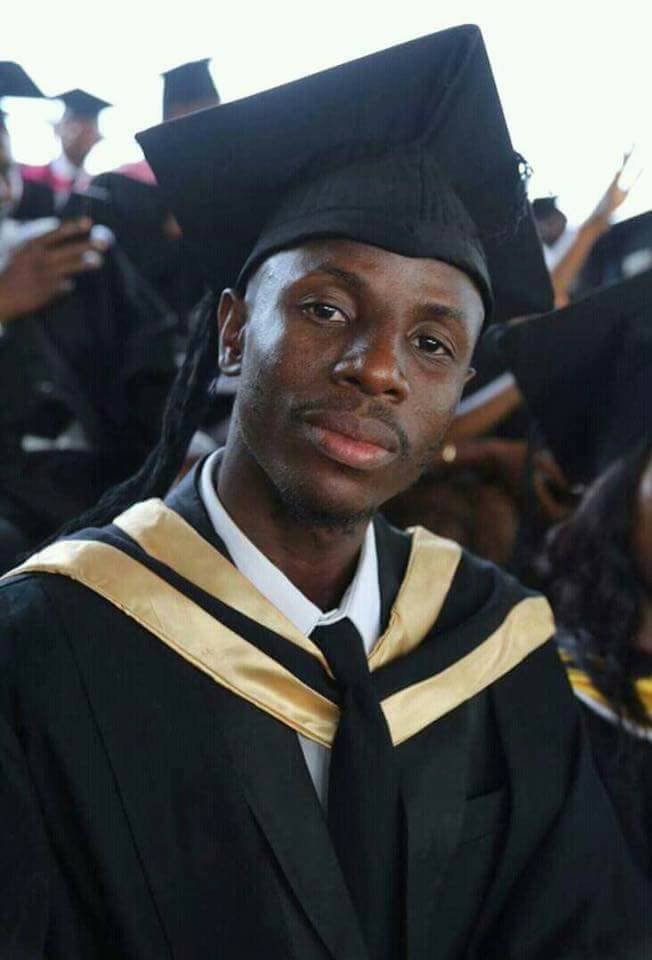 BIOGRAPHY: Birth name: Abdul Malachi Kamara; Stage name, Shine De God Son was born and raised in Freetown. He attended the Saint Edwards Primary and Secondary School respectively. He has been in the music industry for more than a decade now, preaching Non-Violence and peaceful co-existence in the country. Hip-hip music is the genre type of music that he mastered and used as a tool to reach out to people and preach and raise awareness on issues especially for the voiceless.